Home > Knott Blog > By the Numbers

A snapshot of facts and figures about us, our giving, and the Knott family legacy 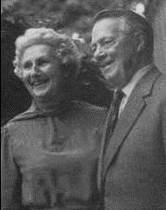 Oftentimes my favorite part of a publication is the “by the numbers” section.  (I can’t seem to resist a cleanly presented package of numbers that tells a bigger story!)  So, I thought it would be interesting and useful to present a few facts and figures about the Knott Foundation, our giving, and the family’s historic legacy.

About the Knott Family Legacy

As a premier Catholic family foundation in Maryland, we have the dual purpose to strengthen our community in the Archdiocese of Baltimore and promote family unity.  With this mission in mind, we look forward to expanding these numbers in the future and continuing to tell our story for many years to come.