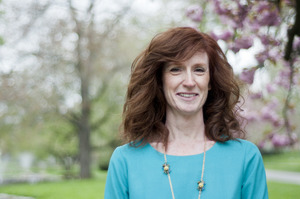 Kathleen McCarthy was appointed Grants and Information Technology Manager in 2011 and has been working for the Foundation since 2007.   She is originally from New York but has called the Baltimore community home for more than 15 years.  Kathleen holds a BA from the University of Virginia and a Masters of Public Affairs from the LBJ School at the University of Texas at Austin. Her policy and administrative background have taken her from a women’s micro-credit group in Dhaka, Bangladesh, an artist's studio in Burlington, Vermont and, prior to joining the Knott Foundation, a trade-focused government relations group in Washington, DC.